Ok that may have been heartless after yesterdays events. I am not a fan of Paul Walker's. (And what I had no idea he had a daughter) Yes, he is a fine ass human being but I have never seen any Fast and Furious and I probably never will.  It look as if he was a charitable man and for that he should be remembered.

but fans are nasty.  they will not give his family time to grieve before they pull stupid stuff. 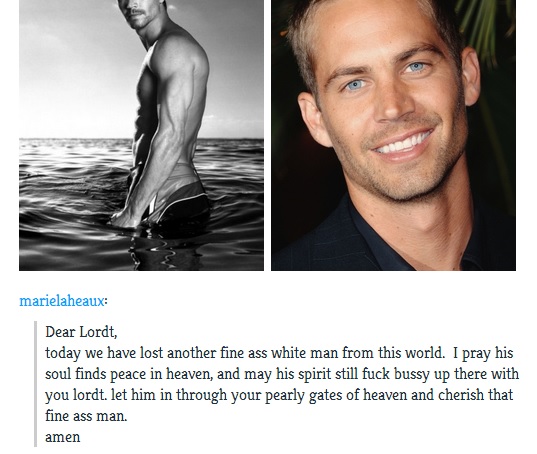 again, he does have a 15 year old daughter and a family.  they don't need to see this shit.  and people on facebook posting the photos of his car.  seriously?? if it was your loved one you wouldn't want that.  yes, he was a sexy, fine ass man.  yes, he was an actor. but above all he was a person.
Subscribe